"I knew that Hanover Fox had that kind of reach and that they would take care of the whole process."

“Not only was it a senior role, but I also wanted options from outside our immediate industry. I knew that Hanover Fox had that kind of reach and that they would take care of the whole process.”

“They met with me and the shareholder and took a detailed brief so they could both sell the organisation to prospective candidates, as well as the role. It was not a straightforward COO type function; it was partly operations, but partly an MD support-type role. Hanover Fox understood that we would need someone who could flex between the both.

“I left them to manage the candidate recruitment through an advertisement in the Telegraph and other executive search methods. They then presented eight candidates with summaries that included a useful steer on things to consider.

“We interviewed four, and three of them could have done the job well. We are really pleased with the appointment we have made, which did end up from outside our own network. I would definitely recommend Hanover Fox.”

Talk to us about how we can help your business
Back 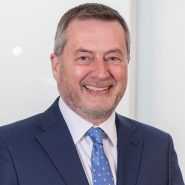