"We were immediately impressed with the speed with which Phil captured the essence of what we sought both in terms of the role and the type of person to fill it. "

We appointed Phil de Glanville from Hanover Fox to recruit a new position of Assistant Clerk (Membership) at the Drapers Company in the New Year.  We were immediately impressed with the speed with which Phil captured the essence of what we sought both in terms of the role and the type of person to fill it.  Having quickly constructed a draft assignment brief it was immeasurably helpful to collaboratively fine tune it ready for broadcast.  Such early two-way communication typified the open, instructive and progressive exchanges that occurred throughout the process.

The acid test of course was the quality of candidates presented.  Our assignment brief was deliberately specific, acting as a good filter of prospective candidates.  Phil produced an excellent and varied longlist in person for us to subsequently draw down to a shortlist for interview, again in person.  The candidate briefs were particularly incisive, formed from his personal interview of each individual.  Importantly, each one proved to an accurate portrayal of the candidates we subsequently interviewed.  So his due diligence was spot on but more than that, he took enormous care to find out about each individual, nurturing them, and us, through the process.   At each stage he encouraged us to discuss progress, which sensibly lead to us slightly adapting the role to better fit the qualities of the two candidates taken forward to final interview.

Phil was enormously supportive, enquiring and thoroughly engaged in the recruitment process such that we have ended up with a better qualified candidate than we thought we might get.   I could not recommend him more highly for anyone thinking of using Hanover Fox for a recruitment.  In fact we are already in discussion about another position we may need to fill.

Talk to us about how we can help your business
Back 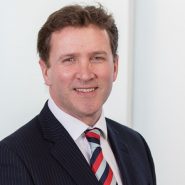